Allow us to guide you through the buying process or leasing process of Land, Houses, Condominiums or Villas in Thailand, so it can be as hassle-free as possible.

Thailand has served as a trade and business hub for centuries. It was a buffer zone between colonial powers because of its strategic location. As a result, it was the region’s only nation that wasn’t colonised. The property market in Thailand is still able to reap the rewards from its strategic placement on the map today. Buying and leasing property in Thailand is sought after as never before. With the local property laws however, the processes aren’t as easy as you may be accustomed to. Allow us to guide you through the process, so your buying or leasing-process can be as hassle-free as possible.

Under the Thailand Civil and Commercial Code foreigners in principle have the same property rights as are available to Thai nationals, however it is under the Land Code Act B.E. 2497 (1954) prohibited for foreigners to own land in Thailand. As ownership of land is an essential element of any real estate ownership it leads to the conclusion that, besides an apartment in a licensed condominium, there is no freehold ownership of real estate (land and house) available for foreigners in Thailand.

Ownership of land is also not open to foreign companies, including Amity treaty (US) companies, BVI or Hong-Kong limited companies or any other foreign juristic entity. These companies may, similar to foreign individuals, have a minority interest in a Thai company, but may also NOT use nominee structured holding companies for land ownership.

However, there are some legal exceptions to this. There are also other methods available for acquiring valid and legal rights to land and real estate in Thailand that do not amount to outright ownership:

1) Land Leases
Foreigners are expressly permitted to hold a 100% interest in a Thailand land lease. The foreigner effectively leases the land or house from the Thai national who remains the owner of the land. Thailand lease law allows a 30-year maximum lease period, with the possibility of renewing the lease for additional 30 year periods.

2) Company Ownership
Thailand registered companies with majority Thai ownership are able to buy land in Thailand. In the past it has been common for foreign nationals to acquire an interest in Thailand real estate as minority shareholders in a Thai majority company. However in recent years, the Thailand Land Department has become stricter in investigating limited companies for the use of the “nominee” Thai shareholders, who do not possess a legitimate interest in the company owning the land. Nevertheless it is still possible however for a non-Thai shareholder to secure his investment in a Thai limited company through legal means.

3) Investment
Thai real estate law allows foreigners to buy and own a limited amount of land based on an investment of 40 million baht for five consecutive years, provided that the land is used for residential purposes.

5) Usufruct Habitation and Superficies
A non-Thai may acquire a life term interest in certain types of property rights in Thailand. One example, a usufruct, is a right to use (and profit from) land and is similar to a leasehold but is non-transferable with some important differences.

Cost of a Thai Condo

It is difficult to say how much a condo in Thailand will cost as prices vary greatly based upon size and location. Most people compare the size of a condo in meters squared to determine the value and rental potential of a property.

CBRE Thailand released an overview of 2016 Q1 condos in Bangkok, and as we can see from their table below, they state entry level is considered anything below 70,000 Baht per square meter.

Buying a Condominium in Thailand – 3 Steps

STEP1: Finding a Condo
Find your right Condo by considering from type, price and location of the property.

STEP2: Consulting a Lawyer
Let the lawyer do a title search over the property and review the contracts before signing.

Re-selling a Condominium in Thailand – 3 Steps

STEP1: Using a real estate agent or broker
A reputable agent or a broker may make it easier for you to find your buyer either locally or internationally. 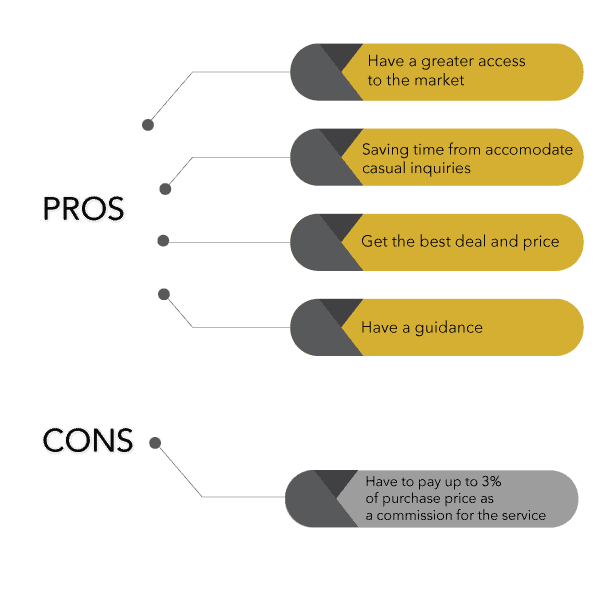 STEP2: The price is right

1. Make an observation
Observe recent sales of units within your condominium or other similar condominiums around your area.

Meaning
Villas may be categorized as house but the different is that they connote a sense of exclusivity and class. Villas are usually located in a gated complex and on a separate plot of their own; whereas houses are not.

Foreign ownership
Even Thai law is not permitted the foreigners to own a land, leasing a land under a land lease agreement registered with the Land Department and consequently build a structure or own a house on the leased land are allowed.

To expand their rights as land lessees, foreigners must acquire the correct legal ownership of the structure. The term of the land lease for foreigners invariably relates to the ownership by possession or the right given to them to use and possess the land. This could be established by obtaining either of the following from the local land office:

Foreign ownership of the villa must also be made in writing and must be registered by the local land office. This is in accordance to the Civil Code Section 456 under the Thai Contract Law.

Transfer of ownership
The process of transferring the ownership of a villa to a foreigner involves the following:

Documents required for the transferring of ownership are as follows:

Buying a house or villas in 3 steps

Buying a house or a villa in Thailand always requires the use of a property lawyer who can guide you through the process. Property in Thailand is complex and for the better part unregulated.

STEP 1: Finding a House in Thailand
While many wish to own a house in Thailand, it is important that you consider the following when purchasing a house:

Be aware that many of the problems that do arise when buying a house in Thailand can be avoided early on in the property search.

STEP 2: Setting up Your Thai Company
Once you have decided which house you are going to purchase, always consult a lawyer before signing any documents. Foreigners may not own a house in their name; however their Thai registered company may own the house. There are different forms of business entities in Thailand. The most commonly used is a Thai Limited Company. There are certain business registration criteria for the limited company. The Thailand Amity Treaty is also still in existence for Americans and there are also tax considerations so check Corporate Tax in Thailand if you are going to do more than own a house or need a Thai Work Permit.

STEP 3: Buying a House in Thailand
Once we registered your Thai Limited Company we do the following amongst other property services so consult our property lawyer today. They would do a title search and check the contracts before signing. Also note the type of Title Deeds in Thailand. If you are buying a house off plan, you would need legal advice as to buying in pre-construction projects. There is also the cost of transfer for your condominium and Thailand property taxes. Use the property transfer calculator to check your fees payable. Always consult a reputable firm of attorneys before you embark on the process of buying a house in Thailand.

Buying a land in Thailand

Thailand Real Estate has taken off in the past decade or so with more and more foreigners wishing to live in Thailand and making Thailand their second home. Many wish to own land here but before taking this step it is important to inquire or engage the services of registered lawyers in Thailand and, secondly, reputable estate agents when buying land.

Preparations for Diligent Buyers
Be aware that many of the problems that do arise from buying land in Thailand can be avoided early on in the property search.

Link to Due Diligence

Option 1: Setting Up Your Thai Company
Foreigners may not own land in their name; however their Thai registered company may own the land. There are different forms of business entities in Thailand. There are also tax considerations so check the Corporate Tax in Thailand if you are going to do more than own a house or need a Thai Work Permit.

Option 2: Leasehold Agreements
Buying Thai real estate under a leasehold interest is a very popular and preferred way for foreigners to acquire property in Thailand.

An option to renew will not be automatic and an additional 30 year periods will depend on careful drafting and discretion of the Registrar at the Land Office.

Option 3: Marrying a Thai
A foreigner can buy land in Thailand if he is married to a Thai however there are limitations as follows:

There are basic guidelines that the law provides in the management of matrimonial assets and in this case, a skillfully drafted prenuptial agreement may help to minimize your risks as the non-Thai spouse. 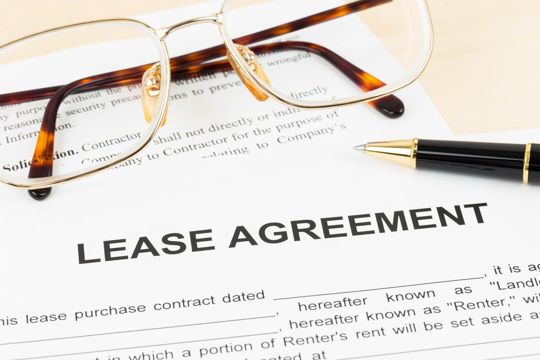 Our office will do a title search about the property before your large purchase. Whether the seller is the true owner of the land or there are any registered encumbrances…

Sometimes it is good to be in the know before purchasing certain property. We provide the necessary background check, so you can invest with full confidence…

Escrow is a legal concept in which a financial instrument or an asset is held by a third party on behalf of two other parties that are in the process of completing a transaction. We aid as a mediator…